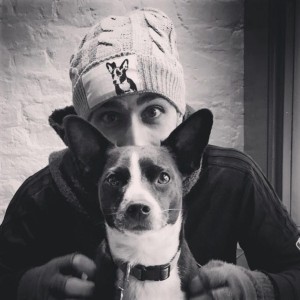 The Challenge: how do we avoid mass redundancies AND stop the UK economy crashing?

October could bring our Autumn of Discontent.

By then, the Treasury’s furlough scheme – which is currently supporting nearly a quarter of the UK’s workforce – will be ending. To make matters worse, we could see a second wave of Covid-19.

The state is currently paying up to 80% of furloughed staff salaries, up to £2,500. From August, the government will start reducing furlough contributions: employers will have to pay pensions and national insurance contributions, followed by 10% of pay in September, and 20% in October.

As the furlough scheme is wound down, some reports suggest around a quarter of a million firms could be forced to lay off staff.

The current economic crisis is bigger than the crisis of 2008. Left to market forces alone, it may cause untold economic damage, the collapse of businesses, social unrest and misery for millions.

Something has to be done and we can’t simply slash spending to fix things!

Ending the original furlough scheme could lead to a tsunami of redundancies.

We must think long-term. Money raised and spent now should ensure growth and prosperity tomorrow.

If millions lose their jobs, we all end up paying. The welfare bill rockets without any positive impact on the economy.

Smaller companies and poorer people will be hit the hardest – exactly those the country needs to protect the most.

One way to avoid the dire prospect of a tsunami of redundancies could be a one-year Reverse Furlough Scheme (RFS).

Such a scheme would:

The cost of the RFS should only be a fraction of the original furlough scheme. For example, government funding of 20% of the cost of each returning employee should help ensure most employees keep their jobs.

Money spent wisely now should be paid back through businesses staying afloat, businesses and their workforce paying taxes, better economic growth and fewer people being forced to sign on.

If the UK initiated RFS it could at least keep people in work, keep businesses going and get back on the path to a full economic recovery.

If the UK didn’t initiate RFS then we may see millions more out of work just in time for Christmas – their spending power gone – and putting even more jobs at risk.

What happens to jobs after furlough?

The UK economy looks like it’s heading into freefall. Society may soon follow and October could bring our Autumn of Discontent. Prime Minister Boris Johnson has announced further easing of lockdown,